Topics: Factors to consider before buying a best Glucometer Study of changes in Serum Electrolytes & Its risk in development of Senile Cortical Cataract Assessment of serum electrolytes (sodium, potassium, and ionized calcium) during chronic obstructive pulmonary disease exacerbation Are Sodium and Potassium results on arterial blood gas analyzer equivalent to those on electrolyte analyzer?

An imbalance in the Oxygen, carbon dioxide and pH levels of your blood can be an indication of certain medical conditions.

When you exhibit symptoms of any of these conditions, your doctor may order a blood gas test. This test requires a small amount of blood to be collected from an artery. The process is safe and simple, and it only takes a few minutes to accomplish.

Why Blood Gas Test is Done?

The levels of oxygen and carbon dioxide in the body can be accurately measured with a blood gas test. By doing so, you can help your doctor determine how healthy your lungs and kidneys are.
Tests such as these are commonly used in hospital settings to determine the treatment for acutely ill patients. In the primary care setting, it may not play a very significant role, but it can be used in a pulmonary function lab or clinic.
A Blood Gas Test may be ordered by your doctor if you are displaying symptoms of oxygen deficiency, carbon dioxide accumulation or acid reflux.

Some of the Symptoms may Include:

These symptoms are often associated with conditions such as Asthma and Chronic Obstructive Pulmonary Disease (COPD).

Blood Gas Tests are also ordered if your doctor suspects you have a medical condition such as:

Your blood’s pH and gas levels can also provide your doctor with useful information for monitoring treatment for certain conditions, such as lung and kidney disease. In addition to blood gas testing, a blood glucose test is often ordered to check Blood Sugar levels and a Creatinine Test to monitor Kidney function.

The results of a Blood Gas Test are used by your doctor to diagnose various diseases and diagnose whether treatment is working for certain ailments, such as lung disease. The test also determines whether your body compensates for the imbalance. 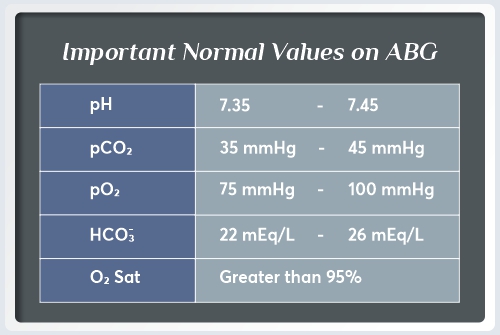 The Arterial Blood pH measures the number of hydrogen ions in the blood. Generally, pH levels under 7.35 are referred to as acidic, and pH levels over 7.35 are referred to as basic, or alkaline. Having a lower blood pH could be an indication that your blood is more acidic and that there is more carbon dioxide in your system. High blood pH indicates highly alkaline blood with high levels of bicarbonate in your body.

Bicarbonate supports the regulation of the pH of the blood by keeping things from becoming too acidic or too basic.

The Partial Pressure of Oxygen in the blood measures how much oxygen is dissolved in it. In other words, this measures how well oxygen enters the bloodstream from the lungs.

The Partial Pressure of Carbon Dioxide: Normal Range: ( 35 to 45 mmHg)

An indicator of the amount of Carbon dioxide contained in the blood is called partial pressure of carbon dioxide. i.e The ability of the body to expel carbon dioxide is determined by this parameter.

A measurement of how much oxygen is carried by the hemoglobin in red blood cells is oxygen saturation.

If the values are derived from capillary or venous samples, the reference range for the normal values will be slightly different. 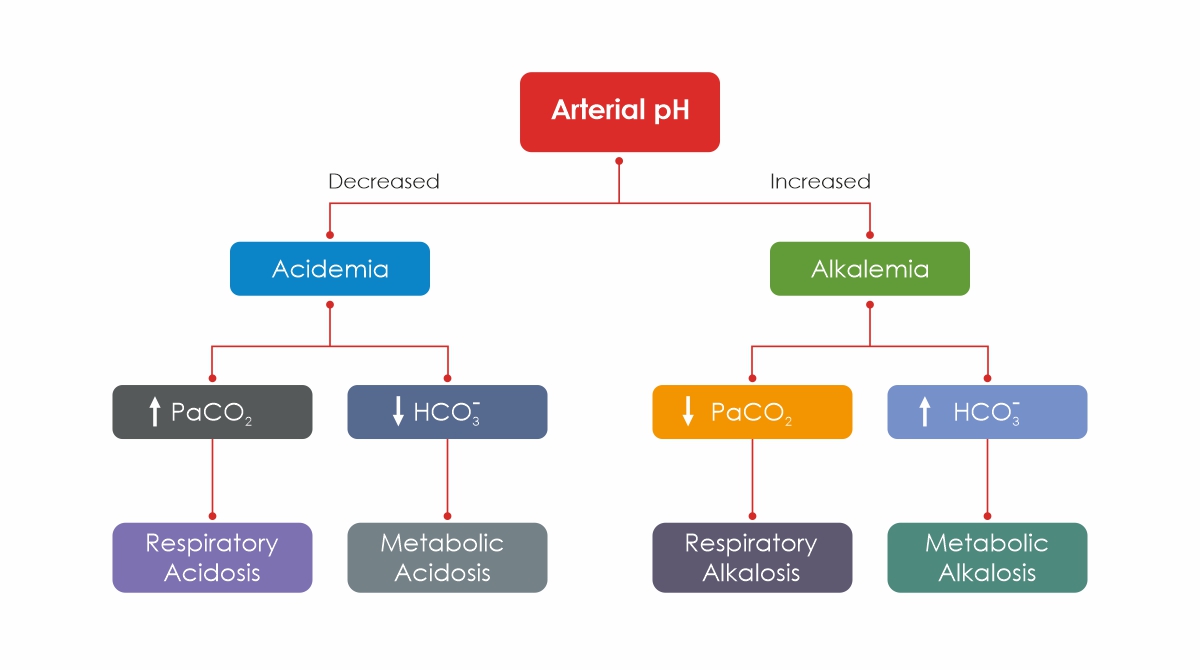 Some Medical Conditions, including those listed below, can cause Abnormal Results: 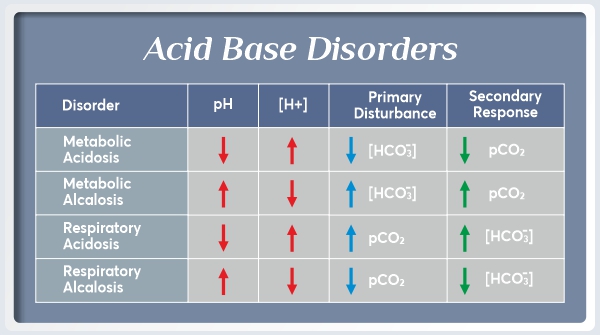 An electrolyte imbalance in the body is the basis of metabolic acidosis, which is a serious electrolyte disorder. There are three major causes of Metabolic Acidosis: Excessive acid production, Bicarbonate loss, and a reduced ability to remove excess acid from the body.

As a result of Respiratory Acidosis, the lungs are unable to remove all of the carbon dioxide produced by the body. In turn, body fluids become excessively acidic, especially blood.

Factors to consider before buying a best Glucometer

Are Sodium and Potassium results on arterial blood gas analyzer equivalent to those on electrolyte analyzer?